Untangling Alzheimer’s: The Newest “The Nature of Things” Documentary 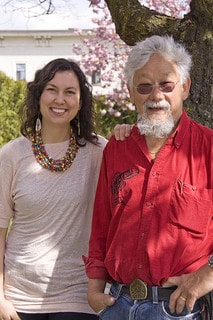 For the last 34 years, David Suzuki has been the star of the documentary series, The Nature of Things. Before that, he was a professor at UBC. What many people may not know, however, is that his mother died of Alzheimer’s disease, along with all three of her siblings. In his next documentary, airing on Nov. 14, he delves into the world of Alzheimer’s disease and his personal experience with it. The show is called Untangling Alzheimer’s.

“I was glad to be involved more deeply with the Alzheimer’s show because I think people would be interested in some of the experiences and I hope they’ll find some kind of community, knowing what we went through.”

It wasn’t until after her death that Suzuki believed his mother had Alzheimer’s. At the time, a director at the facility where she died was determined to do autopsies on one hundred percent of the patients. The autopsy revealed the brain decay and buildup.

Much of his doubt about her condition came from the fact that his mother was always calm and didn’t exhibit the common personality changes that accompany the disease. It wasn’t until the night his youngest daughter was born and his mom wandered away (in December in Vancouver).

“…she took off. She was gone until early morning the next day. When she got home, her socks, her stockings, had been worn right through. Dad had a blue Volkswagen van. She was spotted…trying to get into someone’s blue Volkswagen van, and they reported that to the police…God knows where she was wandering.”

Suzuki visited many universities and research facilities across North America for his research for the show. He believes the most promising research is Deep Brain Stimulation (DBS). During the filming, the crew was allowed to capture a surgery where a patient, while receiving brain surgery, is awake and speaking.

At age 77, he often wonders if he will fall prey to Alzheimer’s disease as well. He and his twin sister are the oldest of his siblings, and no one shows signs of the disease yet. However, individuals who have/have had family members with Alzheimer’s disease or dementia are twice as likely to develop it themselves. Suzuki’s prevention plan is plentiful exercise and healthy eating habits.

“I think that the more people who know (about Alzheimers), the better informed and able to handle these things they will be.

To watch the entire documentary, tune in to CBC’s The Nature of Things, this Thursday at 8pm.