The Power of Music in Dementia Care [Video]

The following are excerpts from an article written by Raphael Adams, a member of the Qualicare family. The video at the end is an excerpt from the documentary “Alive Inside” that will be released on September 9. The documentary follows a social worker who decides to bring music into a nursing home and study its effects on the residents there.

The Science of Music

Scientists are starting to understand just how music is able to have a profound impact on the human brain. Using imaging techniques like MRIs, scientists have been able to look at what happens in the brain when a person listens to music. While other activities such as speaking, reading, writing and painting stimulate some parts of the brain, music affects more parts of the brain at one time than pretty well anything else. Its as if when we listen to music, our brain is on fire. In fact, listening to music lights up more of the brain than any other stimulus we know.

Music does two main things in the brain – it fires up the parts that are responsible for memory, emotions, and motor control (among others), and it releases a chemical called dopamine. Dopamine is that chemical that is released after eating a particularly delicious meal or dessert, or that feel-good feeling you get after a great workout. It triggers a feeling of being rewarded or of satisfaction.

The Use of Music in Home Health Care and Dementia Care

Certain types of music, especially classical (country & western and rap less so) can boost your concentration and memory “ at least for a short while. Thats why children are taught multiplication tables and the alphabet with a familiar sing-song.

The implication of this for children and caregivers of seniors is profound. If at all possible, seniors “ even those with advanced dementia or other neurological conditions “ should be sung to constantly. Families should let [the personal support worker] know what a seniors favorite songs or melodies are so that they can sing to them and maybe even along with them. At the very least, if the [personal support worker] is shy or tonally-challenged, they should be encouraged to play recorded music for their clients.

Music energizes. One family had a grandmother who was in a nursing home in an advanced state of dementia. One visiting day, the family sat her in front of the old, out-of-tune piano in the activity room. She had been a cabaret pianist in her youth and subsequently taught piano.

Miraculously, she started playing and she started playing well, to the joyful tears of her loved ones and the total surprise of all the others in the home. From that day on, until she was physically unable to move, she played every day. She lived past her hundredth birthday and died shortly after she stopped being able to play. 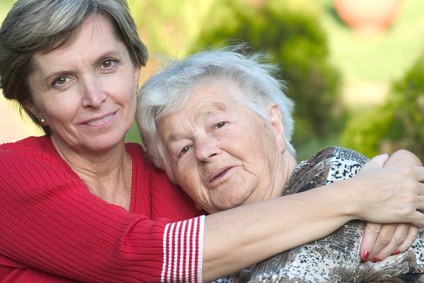