Over-Medicated and Under-Cared-For in the Nursing Home 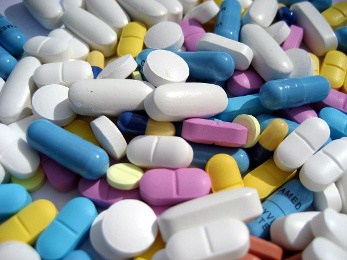 Too many residents of Ontario’s nursing homes are over-medicated. Its easier and faster to administer a pill than to figure out the root cause of the behaviour that prompted the drugs use in the first place. Those with Alzheimers and other forms of dementia are susceptible to a number of unwanted behaviours, including agitation, anxiety, and aggression. To make it easier for over-worked and under-staffed employees to handle patients, many nursing homes use drugs to calm and quiet patients down.

People with dementia are commonly admitted to long term care (LTC) when their care becomes unmanageable for family caregivers. They are frequently in the middle to later stages of the disease, when it is difficult for them to understand what is happening to them. A new set of rules, unfamiliar territory, and strangers surrounding them can spark problem behaviours.

In some nursing homes, drugs are the staffs first line of action, and once used, they are then continued because it is just part of the drug first culture. Many of the drugs used are antipsychotics, such as Haldol, Seroquel, and Risperdal. Most of these drugs are approved only for schizophrenia, bipolar disorder and other serious psychoses. Not only are they NOT approved for dementia in the elderly, the psychiatric professional community warns that there are a number of significant risks to using them in older patients with dementia:

Despite the fact the Health Canada has not approved the use of most antipsychotic drugs for those over 65 who have dementia, many residents in LTC homes in Ontario are routinely prescribed m in whats known as off-label, that is, for a condition other than approved. Nationally, more than 40% of nursing home residents received these drugs in 2012. In Ontario the average is 33%, while in the US its 19%. The use of these drugs is 9 times higher in nursing homes than in the general senior population.

Be aware of the signs of over-medication, whether your loved one is in a nursing home or still living at home:

A high use of psychoactive drugs may be an indication that the nursing home has a staff shortage (see our post on staffing shortages at Ontario nursing homes, because using them reduces the necessity for patient interaction. Also watch out for the drug first attitude. Hands-on care and a gentle but thorough assessment should always be the first response to behavioral problems in nursing homes. Non-drug therapies can be tried before any drug is used.

A number of alternative, non-drug therapies have proven to work in many cases. While no single therapy works in every case, these are certainly worth trying before drugs:

With dementia, it is sometime difficult to find the cause of the problem. The patient cant always tell you whats wrong, and you may have to try a number of potential solutions to find one or more that work. Medication may sometimes be the solution, but it should be the last resort if a safer, gentler solution exists. The important thing is to stay alert and involved with your loved ones care.