Health Links is a new initiative in Ontario intended to help promote full treatment plans dealing with all of a patient’s medical issues rather than treating each medical issue individually.

Example: Shirley (84) has multiple medical issues that are all unrelated – or are they? The prescription drug she has been taking since her breast cancer surgery of 5 years ago is known to create confusion and anxiety. Her mild dementia and forgetfulness are apparently untreatable. Does she really have dementia or is it a side-effect of the drug.

Her general physician is treating pain and immobility in her knee. He has diagnosed arthritis as the primary culprit but is reluctant to interfere with the Blood Pressure Clinic’s prescribed medication even though a side effect is fluid retention around her knee. Is her arthritis that bad or could her knee joint be irritated by the fluid retention?

A foot specialist determined that she has arthritis in her toe. He also determined that her arches have fallen contributing to poor leg alignment and knee pain. Patella-Femoral syndrome is caused by poor arch support resulting in knee cap pain and knee inflamation. Is her knee pain simply arthritis or do the drug’s side effects, poor shoes, fallen arches and Patella-Femoral syndrome have something to do with it? 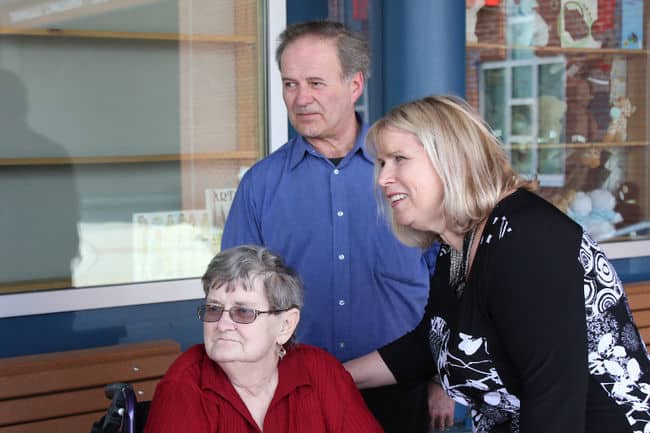 Ontario’s Health Minister Deb Mathews says People with complex needs with multiple conditions aren’t always getting the care they need. They may be getting lots of care, they may be going to lots of appointments and spend lots of time in hospitals, but they may not be getting the best care for them, said Matthews. Partly because there isn’t an integrated plan of care for that person where all their health-care needs are dealt with by a team of health care people.

It sounds like a great idea. At Qualicare, we fully believe in an integrated and complete view of a patient’s needs. We simply call it our “360 Degree Case Management Service”. The theory of a fully integrated care plan is great. Unfortunately, according to http://www.standard-freeholder.com/2014/04/14/improving-health-care-in-ontario, the the Ontario government has only allotted $60,000 to the project. They can’t even wipe a PC hard drive clean for that little amount of money.

It’s election time. Candidates love to make sound-byte promises. Maybe we can hold the winners accountable after the election to the good ideas. If funded properly and managed properly, this one might have some merit.