5 Ways to Keep Dementia at Bay 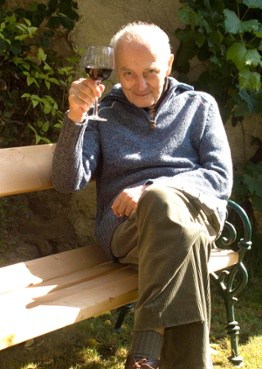 A British study has recently found that following at least four of five ‘golden rules’ of healthy living can lower the risk of developing dementia by more than 30%.

According to Age UK, lifestyle can be responsible for as much as 76% of changes in the brain and that tweaks could do a lot to avoid mental deterioration and promote a healthy life.

Diseases such as high blood pressure and cholesterol, diabetes, and obesity cause the risk of dementia and Alzheimer’s disease to rise dramatically. These cardiovascular problems can be controlled partially through regular physical exercise.

Age UK’s evidence review also revealed that physical exercise, whether aerobic, resistance or balance activity, was the most effective way to ward off cognitive decline in healthy older people and reduce the risk of developing Alzheimer’s disease. The World Health Organization recommends about 30 minutes of exercise 5 days per week.

A Mediterranian diet is one of the best ways to retain your brain health. This diet is rich in vegetables, legumes, fruit, nuts, cereals and fish. It is much lower in meat, poultry, and dairy. The Mediterranian diet also avoids high amounts of sugar, cholesterol, and trans-fats.

There are significantly more new cases of Alzheimer’s each year among smokers compared to people who have never smoked. Below are some resources to help you get started.

Alcohol can damage or protect your brain, depending on how much you drink. Alcoholism or binge drinking is a known cause of dementia because the excess of alcohol breaks down brain tissue, especially in the parts of the brain responsible for memory.

And, while excessive amounts of alcohol may increase the risk of developing dementia or Alzheimer’s disease, low and moderate levels may actually protect brain tissue by increasing good cholesterol and lowering bad cholesterol.

Obesity, diabetes and high blood pressue all increase the risk for cardiovascular diseases such as heart disease and stroke. These issues can harden the arteries, which in turn can increase the risk of dementia and Alzheimer’s disease.

A 30-year study in the UK determined that men aged 45-59 who followed at least four of the five lifestyle factors above had a 36% lower risk of developing both cognitive decline and dementia than those who did not.

Despite this, a YouGov poll of more than 2,000 people found that nearly a quarter of people do not believe it is possible to lower your risk for dementia or Alzheimer’s disease.

Age UK, which is funding the Universityof Edinburgh’s Disconnected Mind Project investigating how thinking skills alter with age and what influences those changes, said it hoped the new evidence would spur people on to make lifestyle changes.

Caroline Abrahams, the charity’s director, said: “While there’s still no cure or way to reverse dementia, this evidence shows that there are simple and effective ways to reduce our risk of developing it. What’s more, the changes that we need to make to keep our brains healthy are already proven to be good for the heart and overall health, so it’s common sense for us all to try to build them into our lives. The sooner we start, the better our chance of having a healthy later life.”

Do you or someone you know have dementia or Alzheimer’s disease? Download the ebook below for information on what next steps to take, how to speak to family and friends about it, and learn about the latest research.